Will My Car Start Driving Me to Work Soon?

When it comes to cars, change has happened somewhat slowly. Over the past few decades, automotive design trends have changed incrementally. There have been bigger advancements, such as the growing popularity of hybrids, but they haven’t done much beside limit our dependency on fossil fuels and get us better gas mileage.

The self-driving car, in comparison, promises a much larger leap, with the potential to change not just the motor vehicle industry, but our entire society. Buckle your seatbelts – it’s going to be an interesting ride.

Self-driving cars aren’t some far-off sci-fi future vision. They exist right now, and they’ve existed for some time. They’re already driving on public roads; if you pass through California, Arizona, Texas, or Washington, there’s a chance you might see a Google self-driving car being tested on the very same roads that human drivers use. These cars have driven 1.5 million miles and counting, and they’ve been in only a handful of accidents. Bust out a calculator and you’ll see that that’s a much better ratio than the average human driver’s record.

Google isn’t the only company who’s doing this. In October 2015, Tesla wirelessly updated their Model S and X cars with a new Autopilot feature that does exactly what it sounds like. Using sensors, the car keeps the speed limit and steers itself (you’re supposed to keep your hands touching the wheel, however). Seriously, they did this with a simple wireless update to the car. Other automobile manufacturers are now racing to keep up with this emerging technology.

So, can you expect to start hitching a ride with a self-driving car in the near future? Yes, you probably can. All the ingredients for an autonomous auto chauffeur are there. Tesla and Google have self-driving cars, with more from other manufacturers on the way. Car-sharing services like Zipcar allow users to rent a car right off the street. And of course, Uber and Lyft are the popular on-demand ridesharing services that introduced smart technology to the taxi industry.

So, for you to hail a robot cab on your way to work, all it will take is for one company to mix all these factors together to introduce an on-demand, self-driving taxi service. Exciting stuff, isn’t it? It is… until you start looking at everything that could go wrong.

The Downsides of Self-Driving Cars

Self-driving cars are exciting, no doubt, but they raise a lot of questions about an industry that’s still in its infancy. First of all, they threaten to replace tons of transportation jobs. What will happen when long-range drivers and taxi drivers are replaced by robots? You can imagine that the companies and unions that represent these industries will not be too happy with the loss of so many jobs.

Plus, there are safety issues. While self-driving cars have already shown that they’re more capable than human drivers, accidents will surely still occur. What happens when there’s an accident? Who’s responsible? And as this interesting MIT Technology Review article points out, what happens when the car must make a choice between sparing either its passengers or a group of jaywalking pedestrians

We’re well on our way to being able to push a button on our phones and order a car to drive us to work, but there are clearly many issues that will need to be worked out until then. And surely, the government will want to set down some rules. It may just be that technology is moving faster than we can figure it out. The technology for self-driving cars is there, but the real question is how we as a society deal with it. 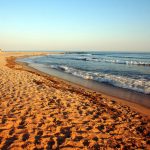 What Tablet Is Right For Me?Blog