What Tablet Is Right For Me?

While smartphones are becoming more capable each passing year, they still haven’t quite replaced computers, and there’s little chance they ever will. But between these two devices is another option, which offers a middle ground between the portability of a tablet and the power of a computer: the tablet.

While smartphones get bigger and ultra-portable laptops get smaller, threatening to remove the need for a tablet, tablets are still great for reading and playing games. When it comes to picking a tablet, your two major choices are the Apple iPad and an Android device. Nevertheless, there are still quite a few options to choose from, so it’s best you know the major differences between what these two device groups offer.

Apple was the company that made the tablet popular in the first place, and it’s quite appropriate to say they got most of it right on the first try. The iPad is the best-selling tablet in the world, and for good reason. It’s reliable, well-designed, and easy to use. Its operating system, iOS, is the same that runs on the iPhone, meaning that most smartphone users are going to be familiar with how to run apps on the tablet, although it’s easy to pick up and use despite any prior knowledge. 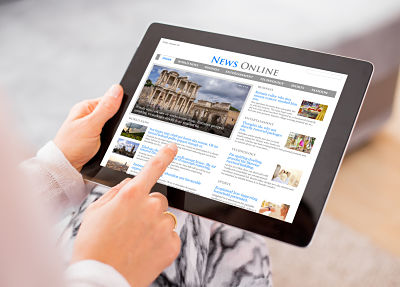 Because the iPad has been the longest-reigning tablet, there’s a large market built around it. Perhaps more so than its rivals, the iPad has the apps, accessories, and support that make being a device owner an overall great experience. But despite all these benefits, its price provides a potential downside. Because Apple maintains a pretty strict hold on how the iPad is made and what apps are available for it, users can expect to pay more for the iPad experience than those who choose a different tablet.

The iPad’s direct rival doesn’t come in the form of one tablet, but rather an operating system. Whereas iOS is closed off from manufacturers other than Apple, the Android operating system is much more open to those who want to work with it. That means that there are tons of big manufacturers who make Android tablets, and with more competition and diversity, a potential buyer has many more options in terms of features and price.

While an Android tablet is generally cheaper than an iPad, it isn’t all gravy. Google, the owner of Android, releases a new Nexus tablet every year or so, but generally, reviews aren’t as kind as they are to the iPad. Other companies, such as Samsung, Asus, HTC, and Dell, also routinely release tablets, so quality control is left to them. Critical reception of these tablets can range anywhere from as good as the iPad to really, really bad, so you’ll have to do some research to find which tablet fits your needs.

The iPad and various Android tablets aren’t the only ones out there – in fact, Microsoft has been receiving some praise for its Surface Pro line, which runs Windows and combines the tablet and laptop form factors. In the end, though, your choice will depend on your budget and the specific features of each tablet. And for those deciding factors, you’ll need to do some review comparisons or, if you can, get some hands-on time with the device before you decide to buy it. 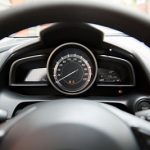 Will My Car Start Driving Me to Work Soon?Blog 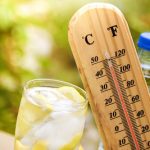 Things To Remember Being Outside in Extreme July HeatBlog