When Will Self-Driving Cars Be On the Road?

Buckle up, because self-driving cars are here, and they’re not going away anytime soon! If you’ve been on the edge of your seat about when you’ll be able to sleep, eat, or work during your commute, then you’ll be happy to know it may be sooner than you think. The industry is booming with news of even more players entering the game alongside industry leader Tesla. With the addition of companies like Apple and Toyota making some great progress on research and development efforts, the timeline of self-driving cars taking over has just accelerated.

Toyota’s Collaborative Research Center (CSRC) has recently announced a new phase of its research activities: the CSRC Next program focuses on the challenges and opportunities that may arise in self-driving and the technologies of communicating vehicles. The CSRC Next program was first mentioned in 2014 as a project that will run at $35 million by 2021, supporting the safe introduction of future mobility. The project covers four research areas; one of them is the possible integration of active and passive safety systems and use of advanced collision sensors to improve collision protection, while another one is modeling the knowledge required for the use of advanced technology cars for individuals to strengthen the relationship between driver and vehicle. A different research area is investigating the driver’s current health check and improving mobility based on physiological and health measurements, and last but not least, there is a field of developing algorithms and tools to explore management data using big data and safety analytics techniques. 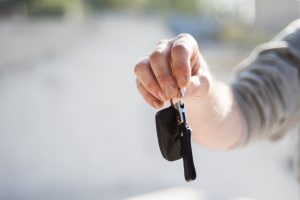 Apple has also recently announced that the company has been working on developing a self-driving car as part of a project named Project Titan. According to a few sources, the company has been working on the car for a long time, but last October they decided to let go of the idea of developing the whole vehicle, and started to focus on strictly the self-driving software instead. This seemed to be an excellent decision, as by the end of this April they were already able to start testing the software. Apple’s CEO Tim Cook has since told Bloomberg that Apple was considering this project ‘the mother of all Artificial Intelligence projects’.

There are numerous other efforts at developing this technology as well. Ola Källenius, Member of the Board of Management at Daimler AG, the manufacturer of Mercedes Benz has recently stated that self-driving taxicabs can already appear on the roads between 2020 and 2025. According to Källenius, Daimler is currently working on the development of fourth and fifth category self-driving vehicles. Fifth-class vehicles are the ones that do not need a manager to supervise the processes at all. Källenius also stated the technology should be ready for commercial use in the next three or four years.

With all of these advancements, the future of driverless cars is looking bright. CEO of NVIDIA Jen-Hsun Huang, announced that the company will provide technology that will enable Level 4 autonomous driving capabilities by 2018, and they’re not alone. Audi, Ford, GM, BMW, and Volkwagen are among others who promise to have the technology implemented into their models by 2020.

For more information on self-driving cars and the future of the industry, check out this great resource with more details! 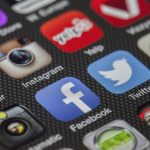 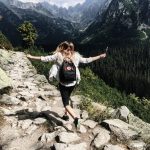