Whose Idea Was Black Friday, Anyway?

For many Americans, the end of November is something to look forward to. It’s the time of the year when we get together with our loved ones and celebrate the things we’re thankful for in life. It’s also a time that we can get some killer deals in advance of the holiday season. While Thanksgiving may overshadow Black Friday for most, the latter still has a very interesting history that’s worth learning about.

The Origins of ‘Black Friday’

Nowadays, we associate Black Friday with the day after Thanksgiving, but the term actually dates back a hundred of years or so, when it denoted a financial event that took place in 1869. Also known as the “Panic of 1869,” the first Black Friday occurred when two investors attempted to corner the gold market and caused some people to go bankrupt, including the brother-in-law of the president at that time, Ulysses S. Grant. As you can see, while the term was related to finance, it had nothing to do with shopping. 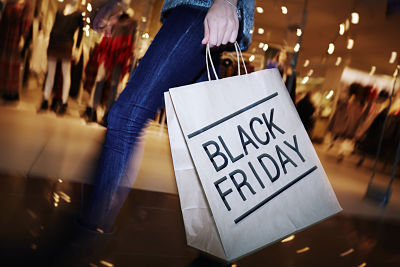 A Day of Headaches for Police

Black Friday as we know it gained popularity in the mid-20th century, and was first used as a term amongst Philadelphia police who noted the growing number of people doing shopping the day after Thanksgiving. It wasn’t a term used fondly, either; police didn’t like the added work of dealing with more pedestrians and shoppers. It’s also worth knowing that these police originally took issue with the Saturday after Thanksgiving as well. This means that, in the 1950s and ‘60s, you could say that there was a Black Friday and a Black Saturday, too.

For Retailers, Out of the Red

It’s a common belief that Black Friday is the day when retailers move “out of the red” and “into the black,” making their largest profits on this day. While that’s not how Black Friday originally got its name, it’s one that has varying shades of truth to it. As you can see, the actual reason the phrase exists has nothing to do with retailer financials, but the stores have kind of taken on that meaning anyway, as Black Friday is one of the biggest days of the year for them, whether or not it actually nets them a profit.

While many know Black Friday for its great deals, it’s also come under some scrutiny in recent years for the violence that can occur. Due to the growing popularity of Black Friday and the massive savings retailers offer on high-demand products, it’s not unusual see to see long lines and frustrated customers competing to get those products. Videos of stampedes and in-store fights have gone viral, demonstrating the seemingly high stakes of Black Friday deals.

The End of Black Friday?

The Internet has massively changed how we do our shopping, and Black Friday hasn’t been left unaffected. Lately, more and more customers have been choosing to stay at home and do their shopping online on the following Monday, now commonly known as “Cyber Monday.” While you can’t expect all the same deals to carry forward through the weekend, it is a phenomenon that more and more shops have been observing, with some like Amazon even extending their deals to a full week.

Whether or not Black Friday is here to stay isn’t for sure quite yet. After all, it’s a fairly recent observation, having only been around in earnest for half a century. For now, though, it’s here to stay, and if you choose to go and brave the crowds on Black Friday, now you know how it got started. 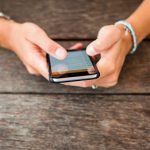 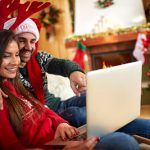 The Best Movies to Get You in the Holiday SpiritBlog