The Best Movies to Get You in the Holiday Spirit

With winter comes dark days and cold nights, meaning it’s the perfect time to snuggle up and have a movie marathon! A timely, holiday-themed movie can be just the thing to relax, spend some time with the family, and get into the spirit of the season. There are many holiday movies out there, good and bad, so it can be difficult to choose. Here are the best ones.

Charles Dickens’ novella, “A Christmas Carol,” is more than 150 years old, making it a timeless tale that’s one of the oldest holiday traditions still around. As such, it’s been adapted countless times in both plays and film. The 1984 adaptation, 1992’s “The Muppet Christmas Carol,” and 1951 “Scrooge” are probably the best versions of the tale, though the loosely-related “Scrooged,” starring Bill Murray at the top of his game, is also a winner.

You know the song, and you most likely know the animated film. 1964’s “Rudolph the Red-Nosed Reindeer” is a family-appropriate classic that follows Santa’s poor, offcast reindeer who goes off on an adventure and tries to find his place among the residents of the North Pole. If the one-hour special isn’t enough, the other Rankin/Bass films of the era, such as “Frosty the Snowman” and “The Little Drummer Boy,” make great follow-up movies to watch. 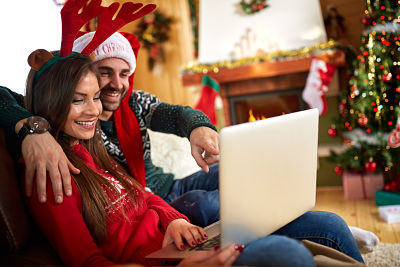 There’s a Peanuts movie for every holiday, and thankfully, they’re all pretty good. “A Charlie Brown Christmas,” however, may be the best of the bunch. Join Charlie Brown, Patty, Sally, Linus, Schroeder, Lucy, and–of course–Snoopy and Woodstock as they prepare for a Christmas play. This short television special also showcases Vince Guaraldi’s fantastic jazz piano score, which includes “Christmastime is Here.”

“Elf,” which was released in 2003, was an instant classic and now finds its place among the Christmas movie canon. If you grew up with films like “Rudolph” and “Frosty,” then you’re very familiar with the antics of the North Pole. Both a parody and an homage to stories about Santa’s little helpers, “Elf” succeeds mostly because of the amazing performance from Will Ferrell, playing a naive elf who finds himself in a fish-out-of-water situation. If you want some real laughs, this is the one to watch!

It isn’t quite appropriate for the entire family, but “National Lampoon’s Christmas Vacation” is just the thing if you need a little dark humor to get you through the perpetually cheery holidays. Join the Griswold family for another disastrous family outing, this time as they host an extended family Christmas at their home. Everything that can go wrong does go wrong, and it’s hilarious the whole time through. If anything, it’ll make your holidays seem so much better in comparison. 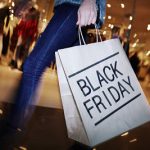 Whose Idea Was Black Friday, Anyway?Blog 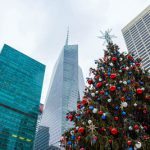