Fun Board Games with Friends and Family

With winter in full gear, one inevitably spends many hours indoors. If you do not have activities to help you relax and have some fun, you will feel cooped up. Here are a few game ideas you and your friends or family can get a hold of and have fun while indoors this season.

Born via an oversubscribed Kickstarter that hinted at its mass appeal (the campaign raised $1.8 million against a target of $33,000) Scythe is a game that pits players against each other in a show of strategic brilliance.

Despite the fact that it not a game for a casual player due to its relative complexity and many moving parts one has to keep track of, it inspires a legion of fans. If you enjoy strategizing, then you are probably one of those in the brigade.

The game was originally designed for five players but it is best enjoyed when there are four players. Anyone 14 years and above can play the game.

At the start of the game, each player has access to varied resources, and they have a hidden objective. They then have to rely on their strategy skills to fight with coal-powered mechs in the capitalistic city-state called The Factory.

The game is fresh with every round of play, and that adds to the appeal as there is no repetition with extended play. Although players may begin at the same starting points the game’s direction constantly keeps changing as a direct effect of each player’s actions and decisions.

Despite the game coming across as complex the play-by-play turns are simple. If you choose a produce turn, that is all you do. If you select a move turn, you just move then the next player makes their move. That combination of simplicity and complexity makes for an intriguing time.

The game has a play time of between 90-120 minutes. If you love board games that challenge your mind Scythe will keep you guessing and strategizing.

Charades is a popular indoor game steeped in American past time, and that transcends all ages. In this game, players form a team, and several teams compete against each other. One teammate will act out the phrase, and the rest of the team has to correctly guess what it is. Needless to say, it is a dramatic game that can really get lively.

When you want to play charades, the team should choose a player who will get to select something that the rest of the group is fairly familiar with. If the player selects something that may not be common to the group the team will have a rather hard time in figuring out. That would dampen some of the game’s sizzle and enthusiasm.

Once the player has chosen what the team will guess, it is time to begin figuring out what that is. The player next acts out the item for the group to take shots at correctly guessing it. The first player who gets to guess correctly earns a point. At the end of the game, all points are totaled across all teams, and the team with the highest score carries the day.

Some of the common charade rules include:

Sheriff of Nottingham is an extremely popular board game for adults across generations. The premise of the game is that you get to take on the role of a merchant who is just entering Nottingham during the market and looking to sell their wares.

Once you arrive, you meet the sheriff and declare the correct number of items you have in the bag plus a legal item. But what the bag actually contains is up to you. Will you choose to play it safe with legal produce or will you be enticed by the contraband?

The aim of the game is to get as much merchandise as you can past the sheriff. The merchant with the most goods gets to win. You can use any trick necessary to slip past the sheriff and this is where the fun really begins for many players. Each player will take turns being the sheriff who on top of having to judge whether he’s being taken for a ride or not confiscates goods for himself.

The game can be played by up to five people and it runs for approximately an hour per play. A player can bribe the sheriff, lie to him, be a savvy dealmaker or pass themselves off as innocent. Once the sheriff checks the merchant’s bags they dole out penalties. Any goods that a merchant gets to bring to the market post-inspection are counted as points. The player with the most points wins.

Sheriff of Nottingham is a crowd favorite because it has a high evergreen quality. The dynamic among players changes with every round due to the nature of the game. There’s no boredom or predictability even if played for an extended period.

While it seems that there is a clear strategy to keep winning it is the unexpected and irrational player behavior that spices each round. The role-playing involved brings a unique kind of fun as you play along.

This is a game with a strong economic story. The dominant theme is creating energy networks across different countries. It is played by one to five players but the most optimal experience will be with four or five players.
As a player, you sit in the throne of a country that is attempting to create energy production and industry from the end of World War Two to today. The player who best constructs buildings and power plants while keeping pollution low earns the most points and gets to win.

The main draw behind The Manhattan Project: Energy Empire is the aspect of international intrigue and power. It has a playtime ranging from 60-120 minutes.

The Voyages of Marco Polo

The Voyages of Marco Polo is a game that sees players tracing the steps of Marco Polo’s journey across the world to meeting Kublai Khan. Each player takes on a different character that possesses a particular superpower. The Voyages of Marco Polo fuses sheer luck and strategy. To play you choose one of five actions at the bottom of the board. With each turn, you are required to choose another action without repeating the previous one.

The game can be played by two to four players in 40-100 minutes. Anyone over the age of 12 can play the game. A session ends after five rounds and whoever collects the most victory points is the winner.

January blues do not have to mean you cannot have fun while spending a greater amount of time indoors. Bring the family together for fun activates that appeal to your sense of adventure and intrigue. 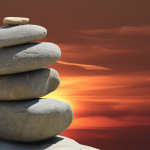 How to Create Good Feng Shui in Your ApartmentBlog