How Is Halloween Celebrated Around The World? 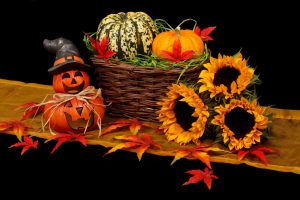 Here’s how other countries celebrate Halloween:

Ireland is where Halloween started. Rural areas light bonfires, just as they did centuries ago. Similar to how Americans celebrate Halloween, the Irish also get dressed up in costumes and spend their evening trick-or-treating in their neighborhoods.

Parties are also very popular during Halloween in Ireland. After trick-or-treating, adults will attend parties with neighbors and friends. The Irish also play games at these parties, such as “snap-apple.” The other common game to play is a card game, where cards are laid face down with coins or candy underneath them. When someone chooses a card, he receives the prize that’s underneath it. It is also common for children to play “knock-a-dolly”, which is a prank where children knock on their neighbor’s doors and run away before opened.

A traditional food that is eaten during Halloween in Ireland is barnback. Barnback is a type of fruitcake that is usually baked at home. It is a treat that is supposed to foretell the eater’s future. In some cases, a ring could be found in the cake. If so, that would mean that the person would be getting married soon. Or a piece of straw would mean it would be a prosperous year.

Before going to bed, people will usually leave bread, water, and a lighted lamp on their tables. This idea would welcome the dead souls back to earth on a night which the Austrians believed to be very magical.

The Belgians have a custom of lighting candles the night before Halloween, in memory of dead relatives. The Belgians believe that it’s very bad luck for a black cat to either cross one’s path, enter a home, or travel on a ship.

Halloween in China is known as Teng Chieh. It’s a Chinese tradition to place food and water in front of photographs of deceased family members, and light lanterns in order to light the paths for spirits as they travel to earth. The purpose of this practice is to remember the dead, and to free the spirits that died as the result of an accident.

It is a tradition for the English to knock on their neighbors’ doors and ask for money.  Also, to protect homes from spirits, turnip lanterns are also placed on gateposts. The English also like to toss stones, vegetables, and nuts into a bonfire. It is believed that doing so frightens away the spirits.

Most people in Japan know very little about Halloween in the United States. Rather than going to parties, and trick-or-treating, the Japanese have a different approach. It is common for the Japanese to dedicate their festivities to the spirits of their ancestors. The “Obon Festival” consists of the preparation of special foods and bright red lanterns hung everywhere.

Halloween in Mexico is known as “El Dia de los Muertos.” El Dia de los Muertos is the day of the dead, which is a three-day celebration that begins on October 31st and ends on November 2nd. Mexicans not only celebrate the dead, but they also celebrate the beginning of life. On Halloween, many Mexican families create an altar in their homes, and decorate it with candy, flowers, fresh water and photographs. Candles are also lit, that way the spirits can find their way to their homes. During this three-day celebration, parades are held, and people dress as skeletons and dance on the streets.

With Halloween being right around the corner, many are beginning to prepare for festivities. While Americans go trick-or-treating and dress up in costumes, people from other countries will be celebrating in their own ways. 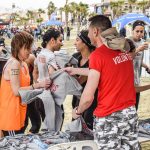 Benefits to Volunteering and Where to Get InvolvedBlog 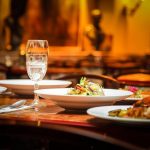